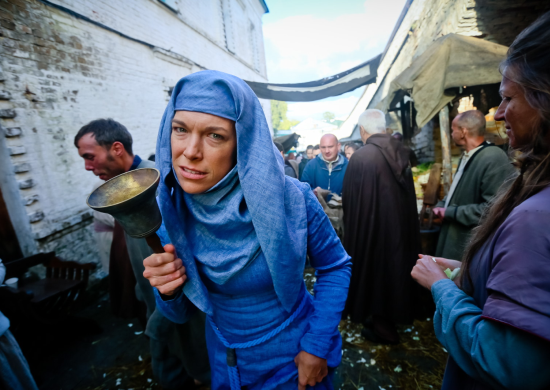 Last night we launched SHAME OR GLORY – a global campaign we created and produced for SodaStream, which runs in the US, Europe and Israel.

At the heart of the campaign a video starring Thor Bjornson and Hannah Waddingham – The Mountain and the Septa from HBO Game of Thrones – echoing the iconic shame scene from the series, only this time the sinner is a regular joe, polluting the environment by buying 6 packs of sparkling water bottles.

After 48 hours it reached 3.4 million views and more than 31,000 shares, including one share from the official John Snow page.

Together with numerous news and content websites who posted the video exclusively on their pages and summed up with the view counts on SodaStream’s different YouTube channels – we reached more than 10 million views in 24 hours.

In addition to the the video, the campaign consists of a fun Facebook page and a voluptuous website, calling users to choose sides: Shame vs Glory.

The video continues the Heavy Bubbles campaign we created for Sodastream earlier this year: both starred by Bjornson, and both share the explicit bottom line F**k plastic bottles.

Take a bite of the many items covering the campaign: